This month in voices: September 2013

Posted on December 15, 2013 by Simon McCarthy-Jones

This month’s research is brought to you courtesy of the appalling England Cricket Team, whose performances I’m so desperate to avoid that I’ve returned to blogging earlier than expected. 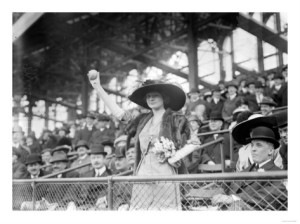 An archive photo from the ground of the Brooklyn Dodgers. Notably, even when wearing a huge hat and holding a bunch of flowers in one hand, this woman in the crowd could still catch better than the England Cricket Team. Sign her up!

Brooklyn, New York, USA. Cohen and colleagues investigate what the voices heard by older people diagnosed with schizophrenia are like.

Accessible summary: This paper examined voice-hearing in people aged 55 years or older who had a diagnosis of schizophrenia (recieved before they were 45 years of age). Their voice-hearing appeared to be much like that of younger people (although there was no direct comparison data collected from younger people). The authors argue that hearing pleasant voices appears to be a bit more common in older people than in younger people, and the commands of voices seem more likely to be obeyed. Voice-hearing was more common in patients who were depressed and in those who had delusions. Men were found to have higher rates of voice-hearing than women in this population. Notably, lifetime trauma scores did not predict the presence of voices. 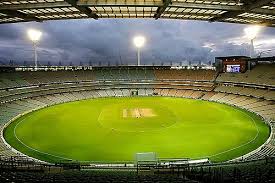 Melbourne, Australia. McLachlan and colleagues investigate changes to auditory processing in people who hear voices and have been diagnosed with schizophrenia.

Accessible summary: This study compared people diagnosed with schizophrenia who did and did not hear voices, to see if there were differences with how their brains processed sounds. It was found that people who heard voices  performed worse than those who did not on tasks involving 1) detecting changes in pitch, and 2) auditory streaming (detecting changes to a melody). The authors conclude that some form of “auditory dysfunction” may be associated with voice-hearing. 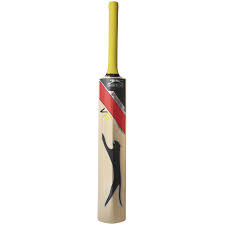 A cricket bat. Used to hit cricket balls. By some teams, at least.

Melbourne, Australia (again: Melbourne is to Southern Hemisphere voice-hearing research, what Utrecht is to the Northern Hemisphere). Here, Tucker and colleagues examine if there are changes to auditory processing in first degree relatives of people who hear voices and have been diagnosed with schizophrenia.

Accessible summary: This study examined whether unaffected first degree relatives (of people diagnosed with schizophrenia who heard voices) showed differences in performance on some auditory processing tasks compared to control participants (i.e., non-psychiatric members of the general population). The study found that the relatives were slower than controls at identifying emotions (happy, sad, fearful, and neutral) from words they heard played to them over headphones, particularly for happy and neutral sentences.

To assess people’s pitch discrimination ability, they were first played a 500Hz tone and then a second tone which could be the same, or 2%, 5%, 10% ,25% or 50% different. (Here’s a 10% higher tone, i.e., 550HZ, for you to compare with the 500Hz one). They had to say whether the second tone was the same or different to the first. As with the previous study, the more prone people were to hearing voices the worse their pitch discrimination abilities were. The authors conclude that these results suggest “basic impairments in auditory processing are present in relatives of AVH [voice-hearing] patients… and predict AVH proneness.” When you think about it, and listen to the tones, it is quite striking that this very simple difference on a very simple task is associated with the quite different and more complex experience of hearing voices, highlighting the idea that a basic change to the auditory system could be associated with hearing voices. 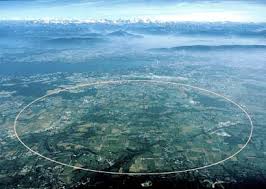 Geneva, home to CERN. Things go round in circles and then fall apart. But that’s enough about the England cricket team.

Geneva, Switzerland. Ottet and colleagues examine how changes to the connectivity of the brain may be involved in voice-hearing.

Accessible summary: Some people have what is called a 22q11.2 deletion syndrome, which results from the deletion of a small piece of chromosome 22. Such individuals are often studied in schizophrenia research because they have around a 30% risk of developing schizophrenia (making them the third highest risk group, after having monozygotic twin with schizophrenia -50% risk- or both parents being affected -46% risk, the authors note). The authors studied a number of people with this sydrome, and used some seriously jazzy math to figure out how connectivity between different areas of the brain was related to the level of hallucinations these people had. 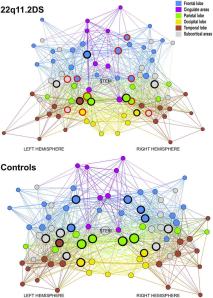 Neural connectivity maps of the two groups of participants. No comparisons were made with the brains of the English Cricket Team as these could not be located.

Thus, this study suggested that the ability of regions of the brain involved in speech production and comprehension, as well as in short-term memory and the control of thought, to communicate with the rest of the brain, may play a role in creating hallucinations.

This is a really interesting paper, and I can’t believe it has only been accessed 424 times at my time of writing.

1 Response to This month in voices: September 2013