This month in voices: December 2016

Posted on January 15, 2017 by Simon McCarthy-Jones

Happy New Year, and thanks for coming back to the blog!

This time we have the research offerings of the festive/mucus season.

Crompton and colleagues examined voice-hearing in Israeli men who had been prisoners of war (POWs) during the 1973 Yom Kippur War.

240 Israeli combatants were captured and held in Egypt or Syria for between 2 and 8 months. As Crompton and colleagues describe:

“Most were held in solitary confinement in unhygienic conditions, handcuffed, blindfolded and subjected to deliberate and systematic abuse. Torture included beatings, electric shock, sexual abuse, burns and deprivation of medical treatment as well as food and water. They were also subjected to verbal abuse, mock executions, threats (of death, mutilation, killing loved ones), and demoralizing misinformation.”

Crompton and colleagues interviewed 99 former POWs, as well as 103 other Yom Kippur veterans who had not been POWs and did not have PTSD, collecting data in 1991 and 2003.

When they interviewed their participants they found the following rates of voice-hearing during the past two weeks (these are my calculations from their paper, done to simplify things a bit):

It would have been very interesting to know what the voices were saying, but this data was not collected.

What jumps out as slightly odd is that 18 years after the war, 1-in-10 POWs with PTSD were hearing voices, and yet this rate shot up to 1-in-3 after a further 12 years.

The authors speculate this could be due to increased retrospection and further stress (e.g., family deaths) as veterans aged more.

The meaning(s) of voice-hearing

This thesis by Emma Heath-Engel looks intriguing. It explores psychosis

“using the Two-Eyed Seeing Framework, developed by Mi’kmaw Elders Albert and Murdena Marshall, of the Eskasoni First Nation in Cape Breton, Nova Scotia, which ensures readers appreciate each perspective on ‘psychosis’ in its own right, and invites readers to imagine and notice ways in which the healing perspectives presented, can be and are combined, in order to create new and important healing possibilities.”

Llorca and colleagues examined how the modalities that people diagnosed with schizophrenia hallucinate in compares to those experienced by people with Parkinson’s Disease. A very helpful diagram in the paper gives the results at a glance (well, more of a squint than a glance in this reproduction, so check out the figure in the paper itself)

Branislava Curcic-Blake and colleagues reviewed 50 studies looking at associations between voice-hearing and alterations to neural connectivity. 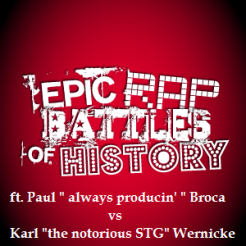 Their basic conclusion was that voice-hearing is associated with areas of the brain involved in speech production and speech perception (Broca’s and Wernicke’s area) either receiving too little, too much or erroneous input.

These brain areas nevertheless still try to communicate with each other, but this ends up being in an “aberrant” manner, which manifests as voices. The authors come out fairly strongly for the proposal that voices may represent “unstable memories”.

Here, memories occur and then are fed into the language production and comprehension system, resulting in voices.

A Chinese study also looked at neural connectivity this month. It examined blood flow in the brain (when at the person was at rest), and found alterations associated with voice-hearing in two brain regions associated with inner speech monitoring. First they found reduced blood flow in voice-hearing people diagnosed with schizophrenia, compared to non voice-hearing people diagnosed with schizophrenia, in the dorsolateral prefrontal cortex. They note that this area is involved in monitoring our speech production. Secondly, they found reduced blood flow in patients with voices, compared to patients without voices, in a region of the brain called the supplemental motor area. The functional effect of this is proposed to be the loss of the feeling that your inner speech is self-generated. 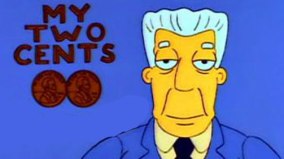 Throwing in my own two-cents, I would note, as others have before, that damage to the supplemental motor area is found in alien limb syndrome. In this, your arm makes movements, such as reaching out and grabbing things, but you don’t feel as if you caused it to do it.

Could voice-hearing be an analogue of this; your brain creates speech but you don’t feel like you produced it?

Voice-hearing in those without a need for care

Hang on, you might say, surely we all need care? Don’t worry, this is just the latest nomenclaturic fumbling in the search for a better term than ‘healthy voice-hearer’, which we flagged as contentious in the last installment of this blog. 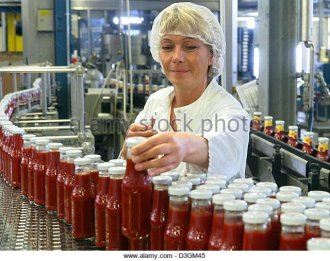 To test this, Garrison and colleagues examined if the ability to differentiate between things you perceived and things you imagined, or things you did and things someone else did (skills which fall under the bucket term of ‘source monitoring’) was reduced in hallucination-prone people in the general population (it is fairly reliably reduced in clinical populations of people hearing voices).

They found no association between hallucination-proneness and worse source monitoring abilities. These findings could be interpreted in many ways, but one possibility is that the mechanisms involved in voice-hearing in people who have ended up in the psychiatric system, and the types of briefer, fleeting experiences undergone by members of the general population, are different.

Other things of potential interest

An interesting powerpoint presentation by Josie Davies, a Trainee Clinical Psychologist, on mediators between the link between trauma and psychosis.

1 Response to This month in voices: December 2016