This month in voices: November 2013

Well, as I last posted on Christmas day, it seems appropriate to start up again on Easter Sunday. I’ll try and get through the backlog of research as soon as possible.

Durham, UK. Flavie Waters, Angela Woods and Charles Fernyhough report on what went on at the 2nd International Consortium on Hallucination Research, held in Durham.

Accessible summary: This is a clear and concise paper, plus free to read, so I won’t summarise it here. You can access it below.

Accessible summary. It has been proposed that childhood sexual abuse (CSA) results in intrusive experiences associated with posttraumatic stress disorder (e.g., thinking about the event when you didn’t
mean to), which in turn underpin voice-hearing experiences. This study found, within people with first episode psychosis who had experienced CSA, that there was a trend for greater levels of post-traumatic intrusions to be associated with more severe hallucinations. The authors conclude that hallucinations in psychosis may involve posttraumatic intrusions, and that clinicians should be alert to the importance of assessing for childhood trauma and the symptoms of PTSD in people diagnosed with psychosis. 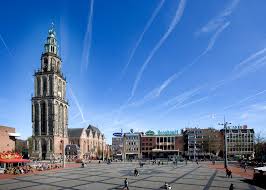 Groningen, Netherlands. Curčić-Blake and colleagues examine the role of neural connectivity in voice-hearing.

Accessible summary: A number of theories of voice-hearing focus on how changes to the connections between different areas of the brain, particularly those involved in speech production and speech perception, may underpin voice-hearing. This study found evidence that a number of signalling pathways (white matter) in the brain had decreased structural integrity in people diagosed with schizophrenia who heard voices, compared to people diagnosed with schizophrenia who did not hear voices. For example, decreased integrity in the signalling pathway between the two hemispheres (the corpus callosum), as well as in pathways (such as the arcuate fasiculus) linking the frontal parts of the brain (e.g., those involved in speech production) to the temporal parts of the brain (e.g., those involved in speech perception) were found to be associated with hearing voices. The authors conclude that “hallucinations in schizophrenia patients are associated with a complex set of white matter abnormalities [i.e., changes in the signalling pathways of the brain] that involve at least three distinct systems: the language network, putatively in the ‘inner speech’ domain [thinking silently in words to yourself] ; and the central in attention and perception loop; and the limbic system, providing the emotional edge.” One could muse on how this study might link with the previous one discussed, e.g., could there be a role for childhood trauma in changing the signalling pathways in the brain? 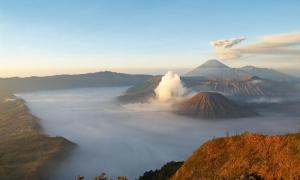 Accessible summary. This was a qualitative study (very basically: sit down and have a chat with people, then later examine what was said to find common themes across participants) of 13 Indonesian people diagnosed with schizophrenia who heard voices. The first theme that emerged from this study was of people “feeling more like a robot than a human being”. In Indonesian culture reference to not being a human being is to suggest a point of difference in which the person no longer has the capacity to live a normal life with the freedom to make personal choices as part of daily living. In this case, this was due to people feeling powerless to resist what the voices told them to do, e.g., “2 years ago, the voices instructed me to climb a mountain. At the time, I just followed their instruction. I could not reject it”.

The second theme was “Voices of Contradiction—A Point of Confusion”. This reflected how voices would often give contradictory commands, and tell people to do things which conflicted with their social and religious norms. The third theme was “Tattered Relationships and Family Disarray”. In this participants described how ‘family
relationships and family life imploded as the mental illness and the hallucinations took grip of the person’s life leaving them with feelings of chaos’. One participant stated how “I feel inferior and ashamed. I seemed to talk alone like a crazy man. I felt ashamed…about being mentally ill and hearing voices, I am in the process of divorce with my wife”. The final theme was “Normalizing the Presence of Auditory Hallucinations as Part of Everyday Life”. This theme reflected for a number of the participants, normalizing the voice-hearing was the most effective way of being able to live with them. One participant stated that “Hearing voices? Nothing special, like a conversation, the voices sometimes appear, but sometimes don’t. I get used to hearing the voices. It’s like part of my life.” 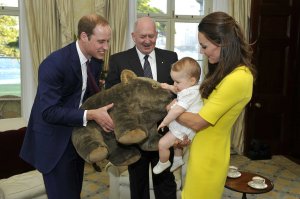 Sydney, Australia. Amanda Waegeli, John Watkins and I wrote a paper considering the relation between spirituality and voice-hearing.

Accessible summary: I hope the paper is fairly easy to read, and you can check it out on-line, as it is free to read (thanks to the kind people at the Wellcome Trust). We begin by examining the ways which spirituality may help people with hearing voices, including offering an alternative explanation for people not satisfied by medical explanations, aiding coping, enhancing social support, allowing the person to undertake a defined social role, and enabling forgiveness. We then consider the flip side, how spirituality may have a detrimental effect, such as through encouraging people to have frightening or coercive interpretations of their voices, and missing opportunities for potentially successful medication or psychotherapeutic interventions. We then have a think about the categories of ‘spiritual’ and ‘psychotic’ voice-hearing, and highlight people’s right to their own interpretations of their experiences.

1 Response to This month in voices: November 2013